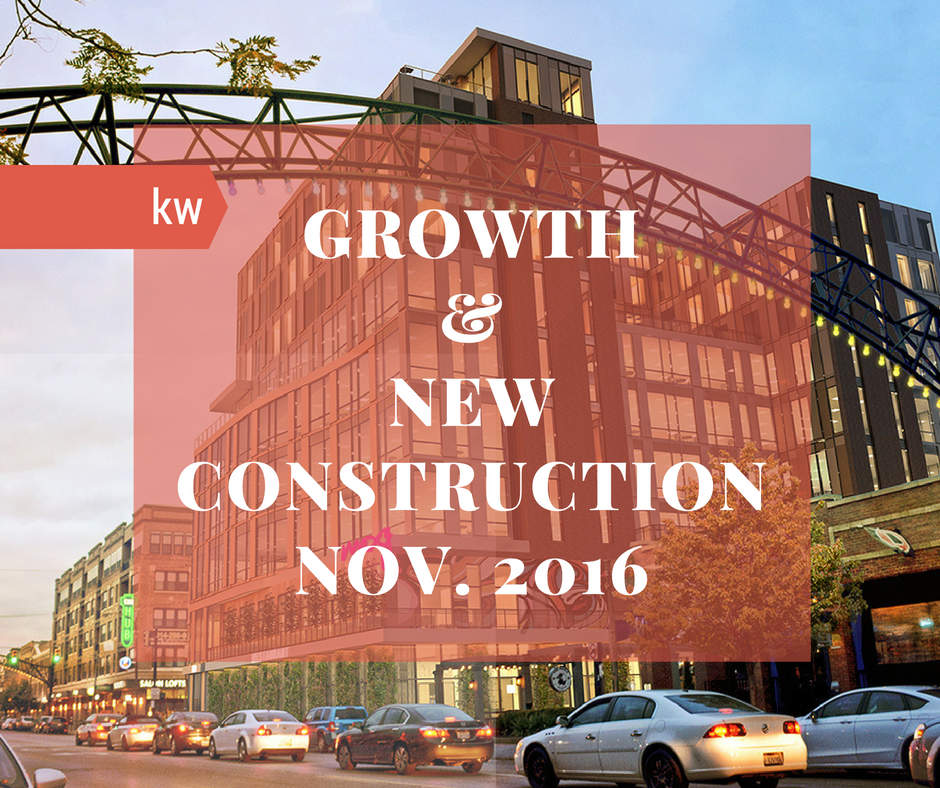 While the 2016 year begins to round out, Columbus construction continues to gain momentum. In fact, the city was ranked the number one local outlook for the Midwest Region by the Urban Land Institute and PricewaterhouseCoopers. This doesn’t come as a shock when one of our favorite Columbus blogs, Columbus Underground announced the following back in August:

“Columbus [has been] ranked the #7 Hottest Housing Market in the US by Realtor.com, while home prices have climbed by over seven percent between 2015 and 2016, and over a half billion in new construction is under way in Downtown Columbus alone. The report also credits Columbus as a place attracting residents due to The Ohio State University and new development that is geared more toward Millennial and Baby Boomer trends.”

The last year in Columbus has seen unprecedented growth taking place not only in renowned suburbs like Dublin, but also downtown spanning from the Short North area, University District and more. Here’s a snapshot of November developments.

A long-standing restaurant, Haiku, will be redeveloped into a 10-story hotel boasting 110 rooms, 55,000 square fee of office space, and a 143-space parking garage. The first floor will be utilized between retail and restaurant space. While this large of a building was a concern to many on the Italian Village Commission when initial presented, the architect and Dublin-based developer have assured the commission that the building will enhance the neighborhood. Namely, the hotel will use creative design and materials and include a rooftop bar providing views of the neighborhood and downtown. Read more here.

The demolition of the two-story building located at 90 North High Street officially began work today, starting with the carport cover structure in the back facing Pearl Alley. The demolition is a part of the larger Madison Renovation Project next door by The Day Companies, which will feature new exterior windows and outdoor cafe and retail space in place of the demolished building. Read more here.

The Bridge Park development has significantly progressed, and once finished the 30-acre site will host over 370,000 square feet of office space, 120,000 square feet of retail, nearly 800 residential units, a grocery store, and over 100,000 square feet of space for restaurants and bars, topped off with the City of Dublin developing a public greenspace along the riverfront with a signature pedestrian bridge. Read more here.